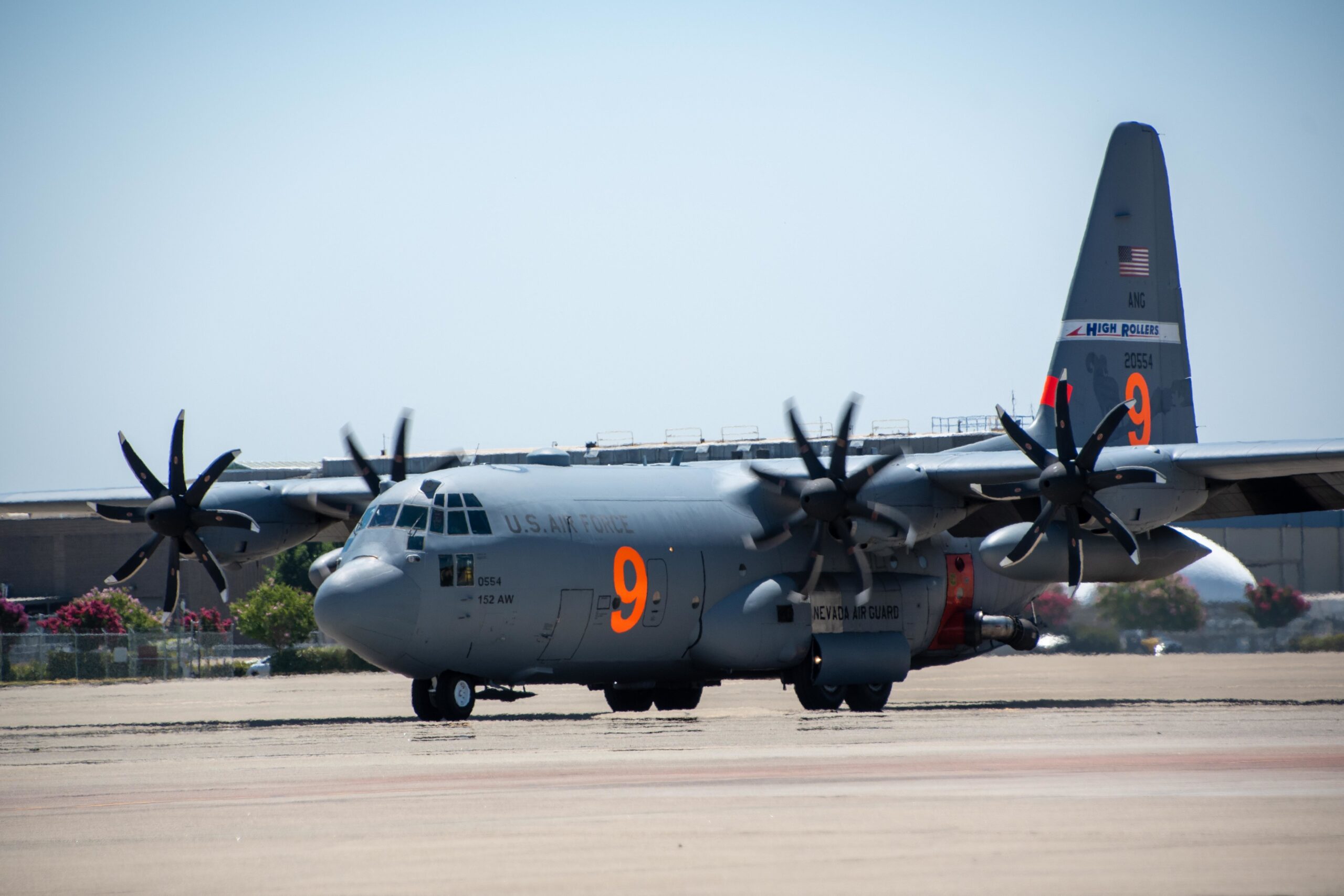 The Nevada Air National Guard’s participation in the MAFFS mission this year has been extended to Aug. 26 at the request of the National Interagency Fire Center (NIFC). There will also be two additional C-130 aircraft and aircrew added to the mission for a total of five military C-130 aircraft activated.

The additional aircraft–one from the Wyoming Air National Guard and the other from the Air Force Reserve in Colorado–will arrive July 20.

“The request for additional support shows just how challenging this fire season is and how critical our MAFFS aircraft, aircrews and maintenance personnel are to supporting NIFC,” said Col. Jeremy Ford, 152nd Airlift Wing Commander. “These Airmen are dedicated to fighting these wildfires in order to protect and save lives and property of communities from the local area to multiple regional states.”

The 152nd Airlift Wing has two aircraft assisting along with the California Air National Guard. The California unit will continue assisting with one aircraft.

Since activating June 26, the Reno unit amassed 141 sorties, dispensing 388,766 gallons totaling over 3.4 million pounds of retardant dropped on various fires throughout the West. The California Air National Guard’s planes have flown 64 sorties, dispensing 170,322 gallons adding up to nearly 1.5 million pounds of retardant. Both units have helped out with 11 different fires in Northern California.

The initial request for support was June 26 through July 26, more than a month earlier than last year’s firefighting season. The 152nd Airlift Wing supported NIFC July 29 through Oct. 3, 2020, the longest firefighting activation in the unit’s history.

The C-130s are operating from McClellan Air Tanker Reload Base in Sacramento, California. From there, they assist federal and private firefighting assets around the region as needed.

According to the National Interagency Fire Center as of July 20, 83 large fires have burned 1,293,636 acres across 13 states. More than 19,300 wildland firefighters and support personnel are assigned to the incidents.

The MAFFS program is a joint effort between the U.S. Forest Service and Department of Defense (DoD). The U.S. Forest Service owns the MAFFS equipment and supplies the fire retardant, while the DoD provides the C-130 H and J model aircraft, flight crews, and maintenance and support personnel to fly the missions.