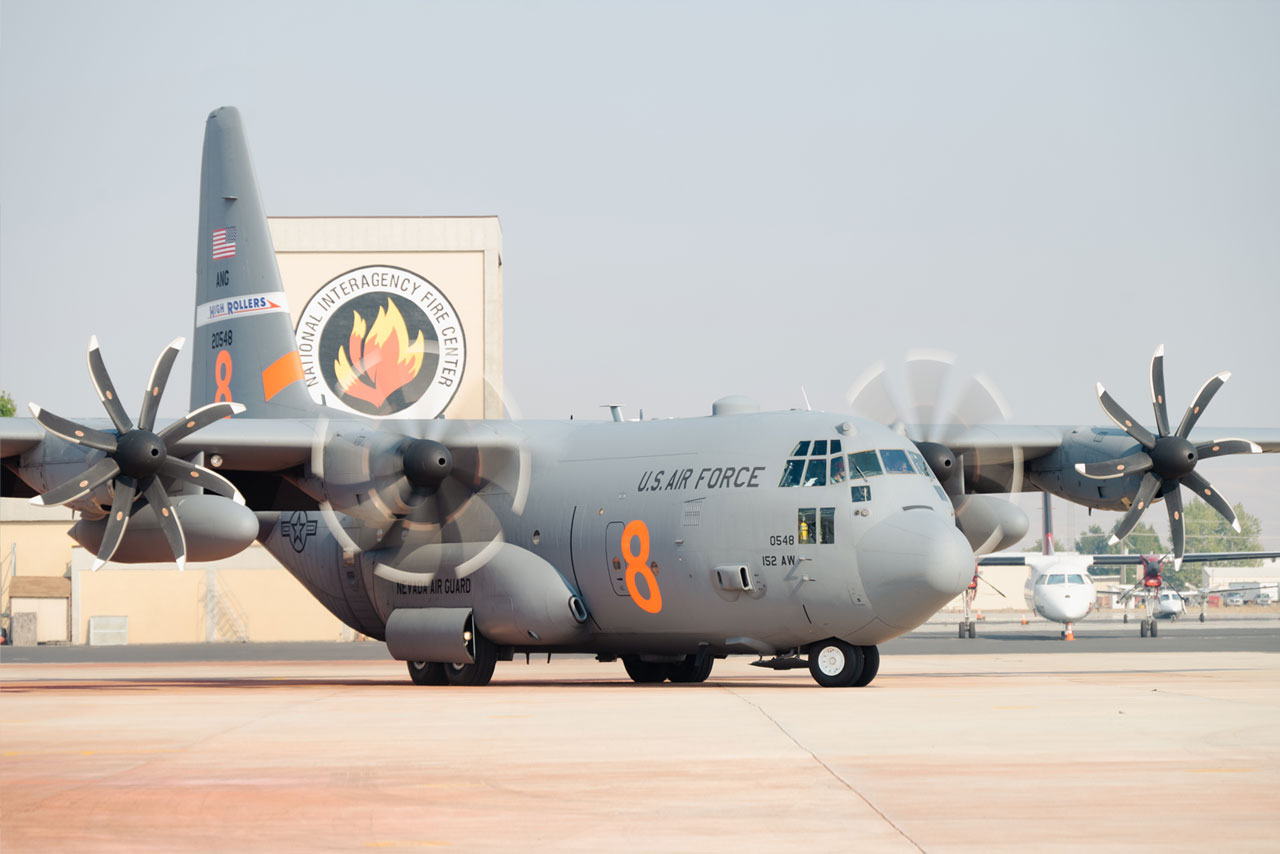 As of September 12, 2022, the MAFFS crews have flown a total of four sorties and dropped 11,556 gallons of retardant in support of suppression efforts for the Jordan Creek Fire in eastern Oregon.

These efforts contributed to the fire’s containment and restriction of spread as it was no longer being reported on any situation reports regarding active wildland fires.

The C-130 aircraft are equipped with the U.S. Forest Service’s (USFS) MAFFS, can drop up to 3,000 gallons of fire retardant in less than 10 seconds across a quarter-mile line. The system slides into the back of the military aircraft, and retardant is released through a nozzle that is outfitted out of the rear left paratroop door.

The number of Modular Airborne Fire Fighting Systems (MAFFS) equipped aircraft flights each year varies with wildland fire activity. Over the last 14 years, federally activated, military C-130s equipped with MAFFS have delivered more than 10 million gallons of fire retardant on wildland fires, an average of 757,000 gallons per year. In 2021, all eight aircraft were activated to federalized status during the second-busiest fire season in 49 years.

“We’ve trained and prepared well to be called into action this fire season,” said Col. Evan Kirkwood, 152nd Air Expeditionary Group MAFFS commander. “As citizen Airmen, we are always honored to help our community, state and nation. Last year was an unprecedented fire year and I continue to be humbled by the outstanding work showcased by the amazing Airmen I serve with. Our ability to continue contributing to this vital mission is only made possible by the outstanding interagency teamwork with all other agencies involved.”