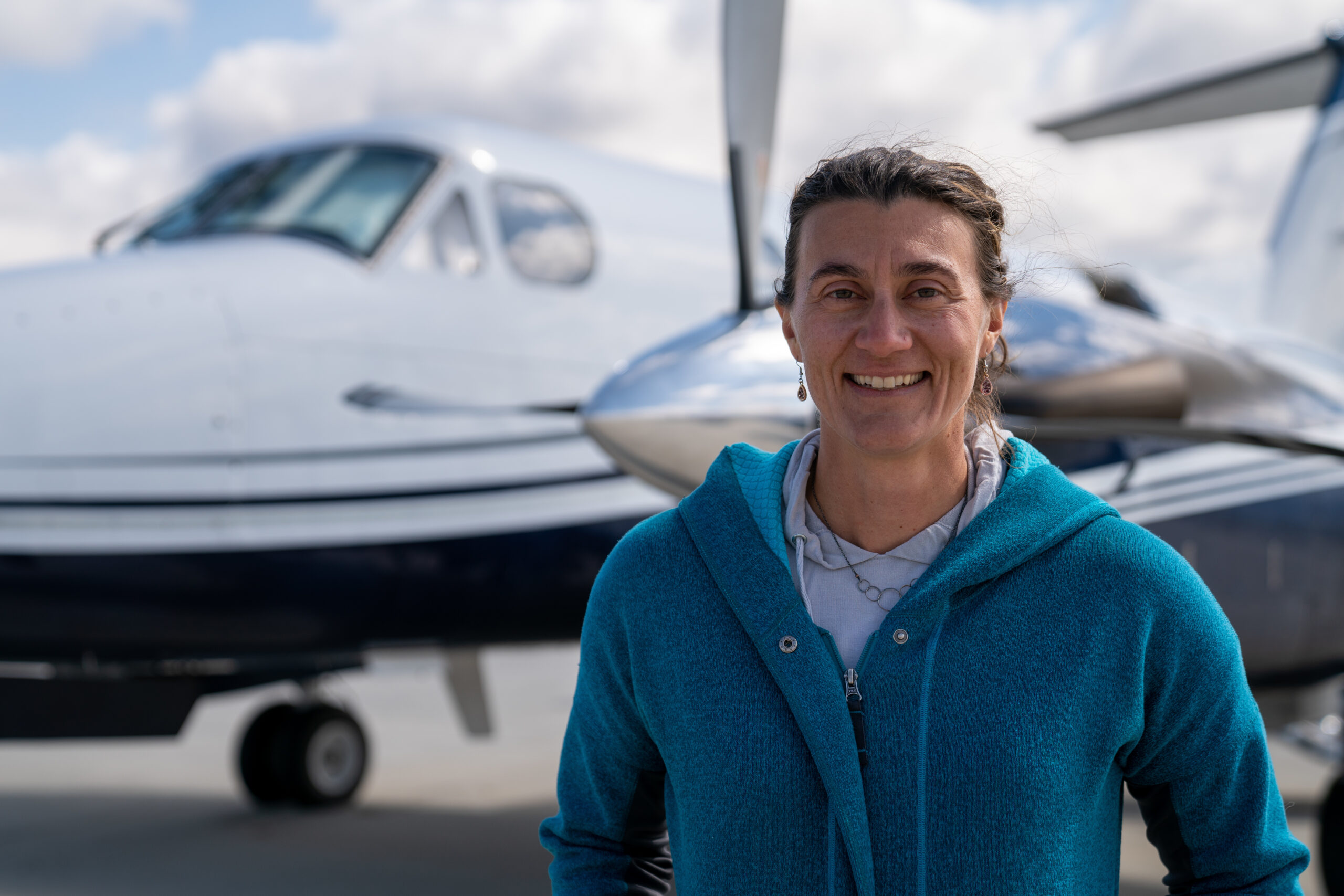 Q. What is the role of a lead plane pilot?
A: The role of a lead plane pilot is to increase the safety margin for the air tankers and helicopters fighting the fires. We do that through flying a more nimble aircraft and being on-scene throughout the mission, so that we can observe the conditions as they change. We find the firelines, we search out all the hazards, we scout the exit routes and we coordinate the air space. Safety is our main goal. Our secondary goal is efficiency and effectiveness. We help the tankers get on to the line and coordinate the resources so we’re using them efficiently and effectively.

Q. As far as the training aspect, are you giving feedback to the air tankers on their drops?
A: Yes. I try to always make a left-hand turn so that I can see the drop point easier. Once I come off the run I watch the retardant fall. We evaluate the start point, if we’re trying to tie into something, or the end point, if we’re trying to roll up to something. Also, we evaluate the direction of the line—how much it drifted one way or the other if we had a crosswind—the angles of the line. We try to give them honest feedback. The pilots are using all their knowledge, their previous experience, and all that culminates to them pushing the button. They’re always judging and trying to figure out, “Did I push that button in the right place?” or, “Did I put my airplane in the right place?” If we sugar coat the drop, we’re not helping. We’ll say things like, “that was a half a load late,” or, “a wingspan to the left,” or, “you were off on the heading by ten degrees.” Things like that.

Q. What risks are involved in this type of low-level flying with an air tanker?
A: One of the principles we learn is to always have an exit and never take a loaded aircraft where you can’t get it out of. Sometimes we can’t drop retardant because there’s just not a good exit—it isn’t safe. The exit is probably the most important part of the drop and the easiest to forget about. A big part of my job is scouting the exit. I also have to be constantly looking for wires, towers, and where there is lower terrain. If, for some reason, either I lose an engine or if the tankers lose an engine and they can’t get rid of a load, where are the hazards they’ll need to avoid?

Q. What is the most unique aspect of your job?
A: To me, it’s super unique, in that one second you’re sitting here in Boise, like today, and dispatch could call and say, “Hey, we’re sending over a resource order.” We print out a piece of paper and it’s got the name of the fire, its coordinates, and frequencies—and we get in the plane and go. It could be from here to SoCal. It could be all the way to Florida. I go all over the place. I also get to fly a King Air, which was not designed to fly in the environment we fly in, it was made as a commuter jet, so that’s interesting. I get to go work with DC-10s, MD-87s, air tractors, C-130s, all kinds of different helicopters, in a very tight airspace—it’s all in a different changing environment–and I get to use my airplane to help.